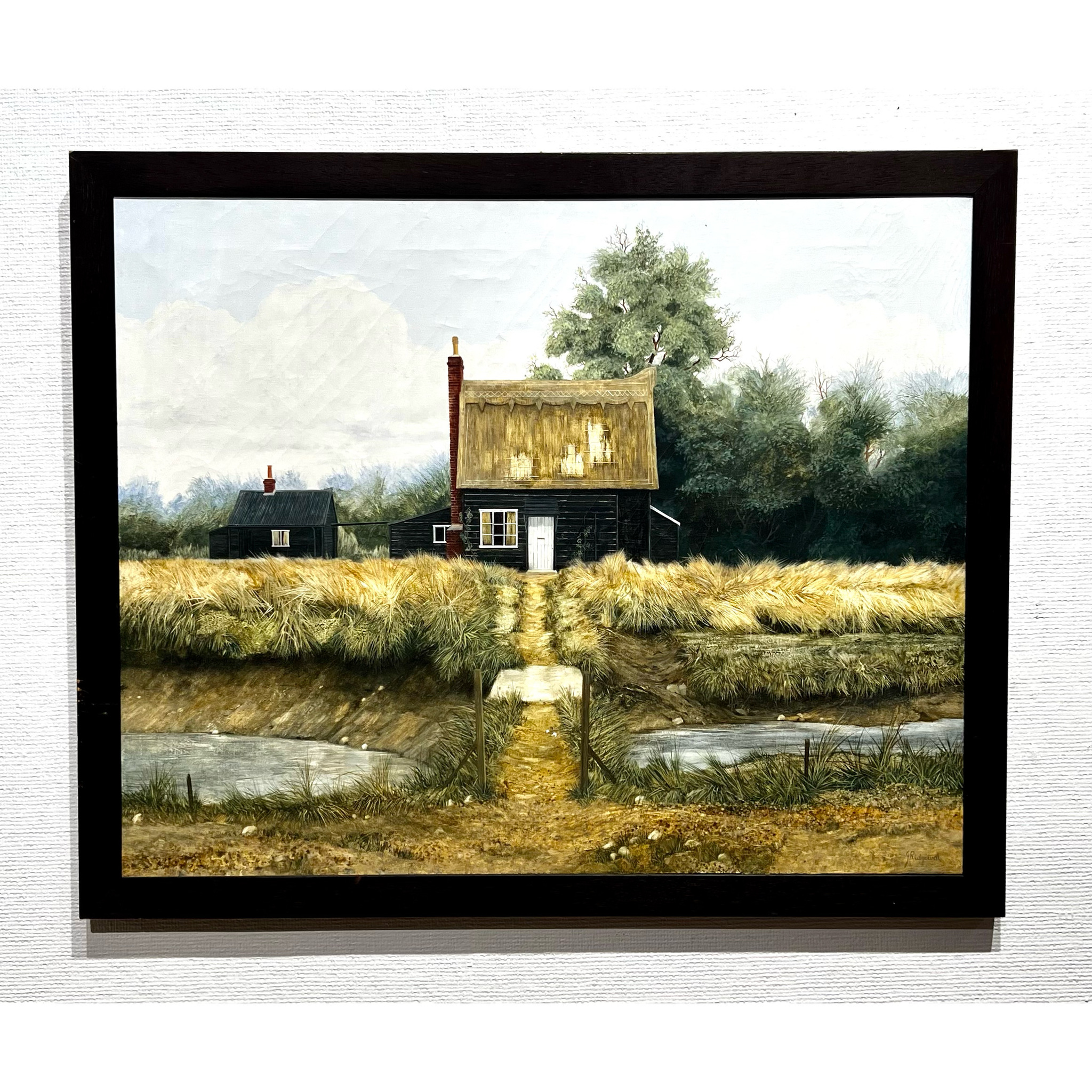 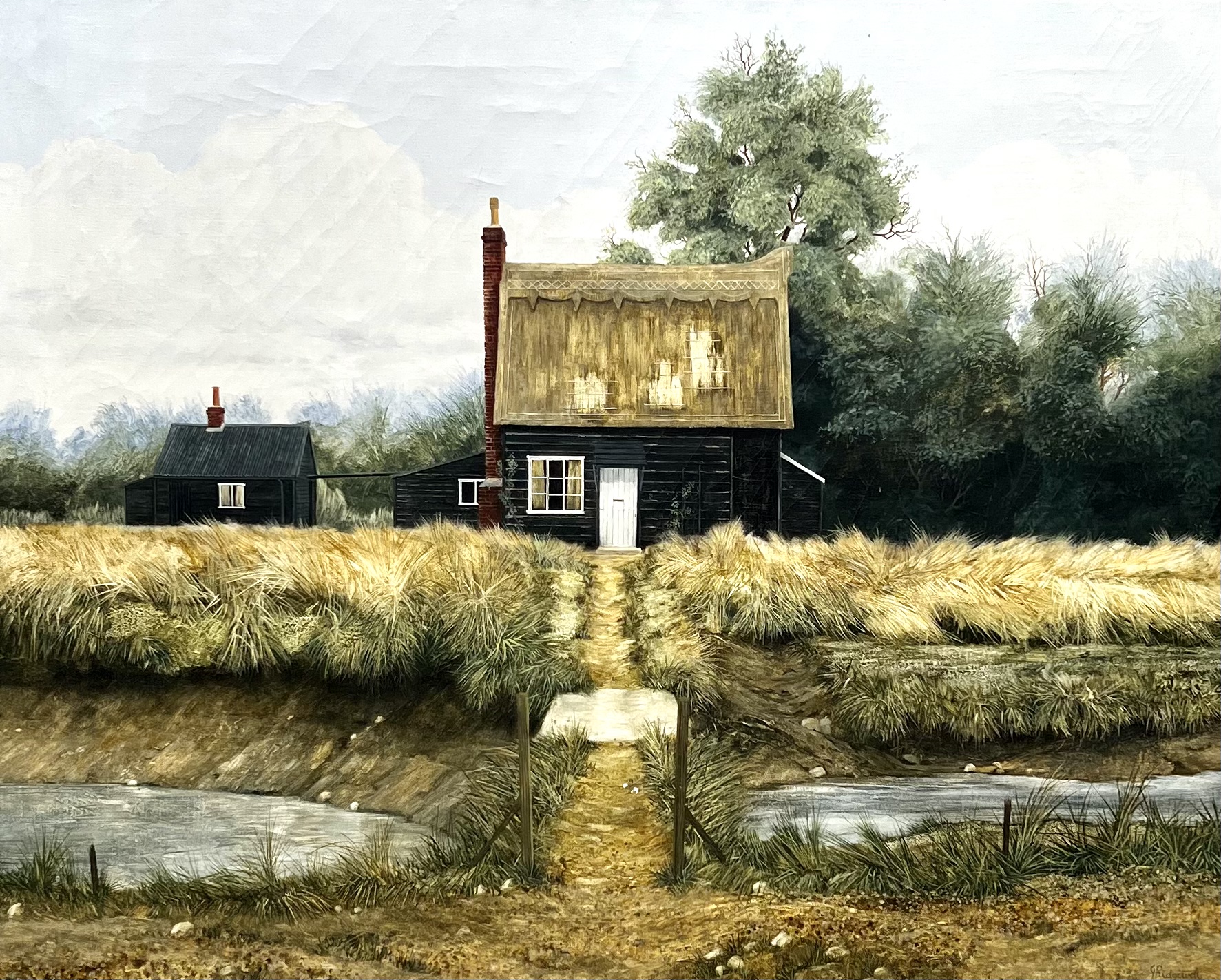 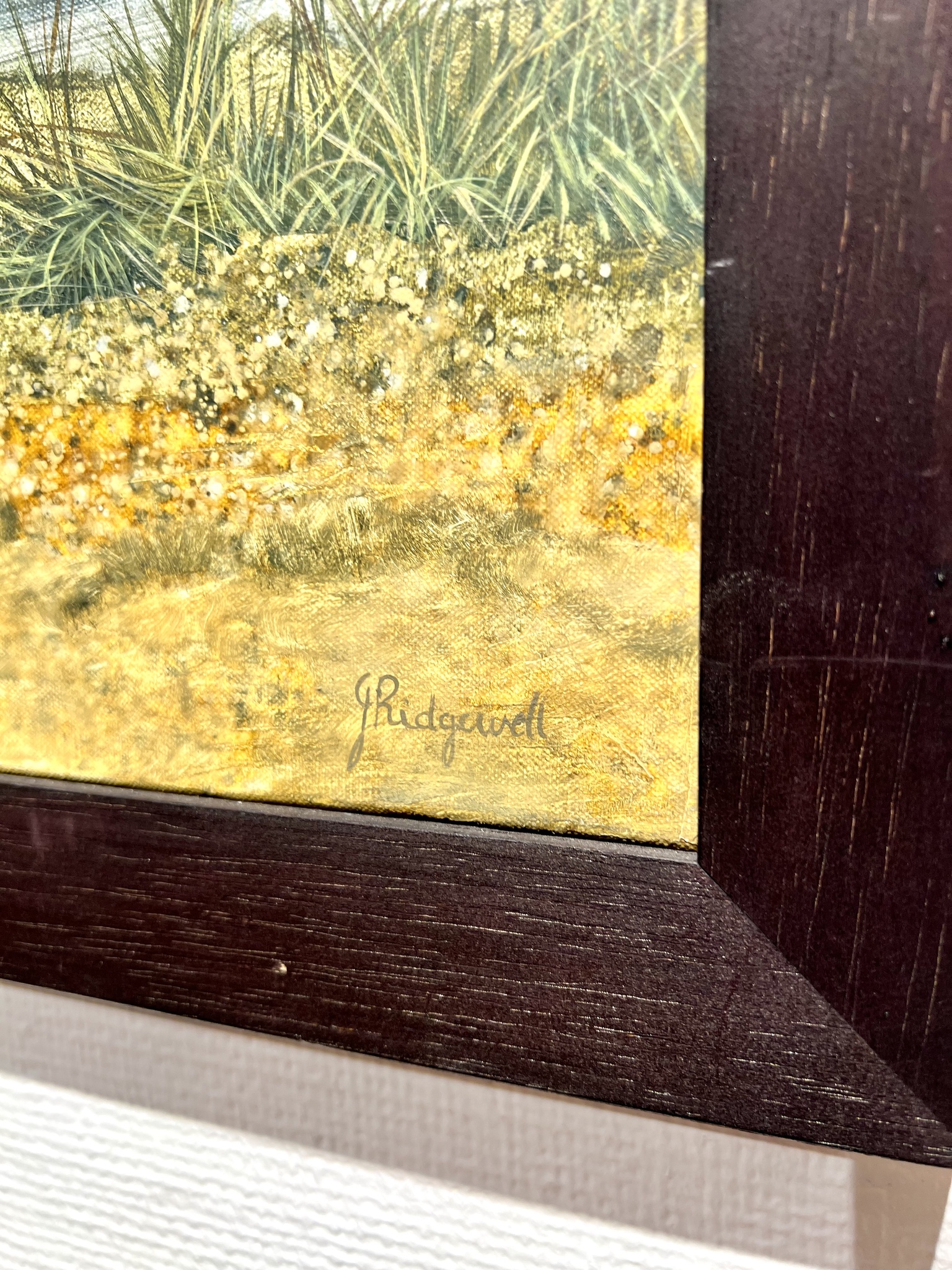 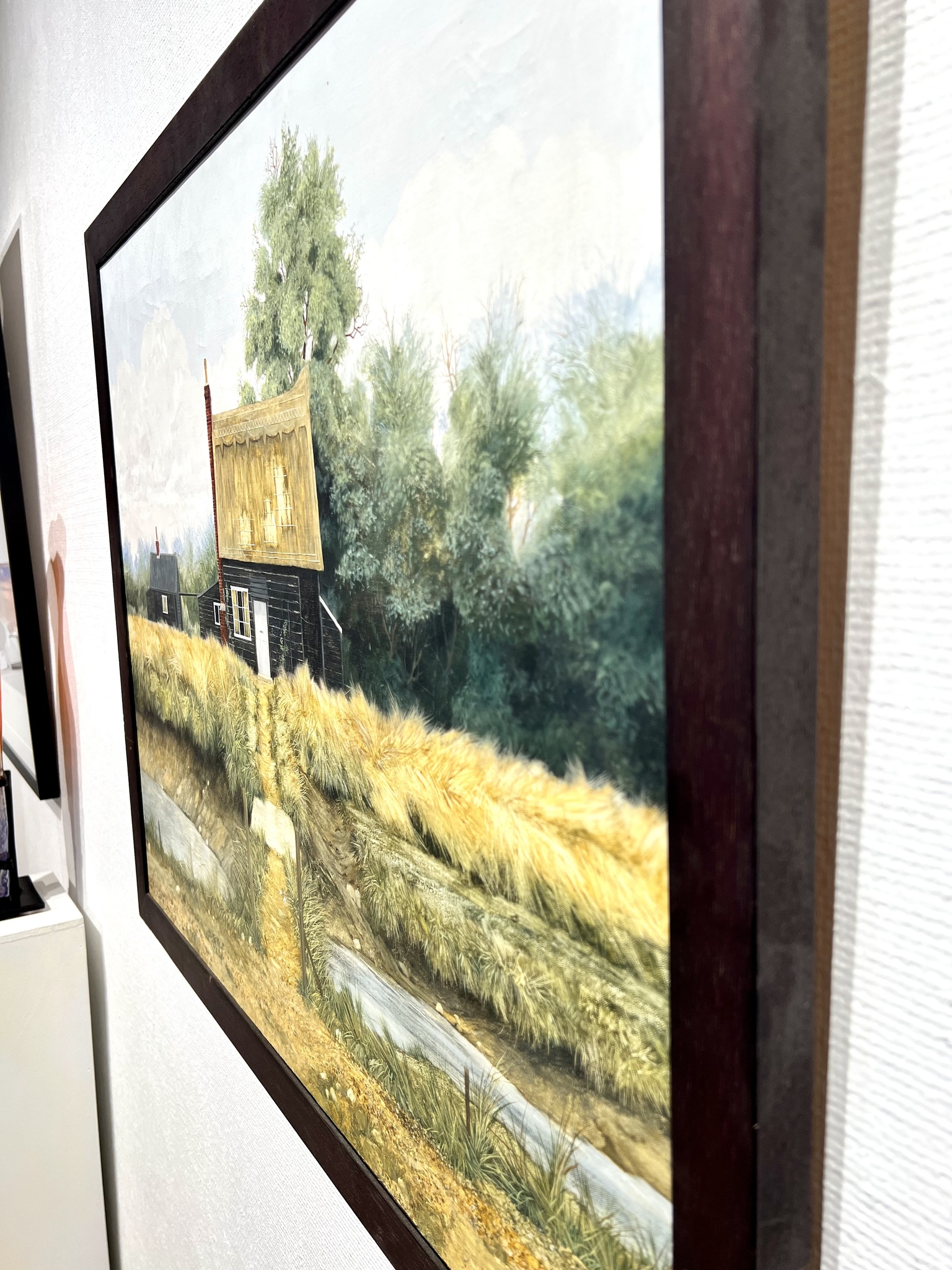 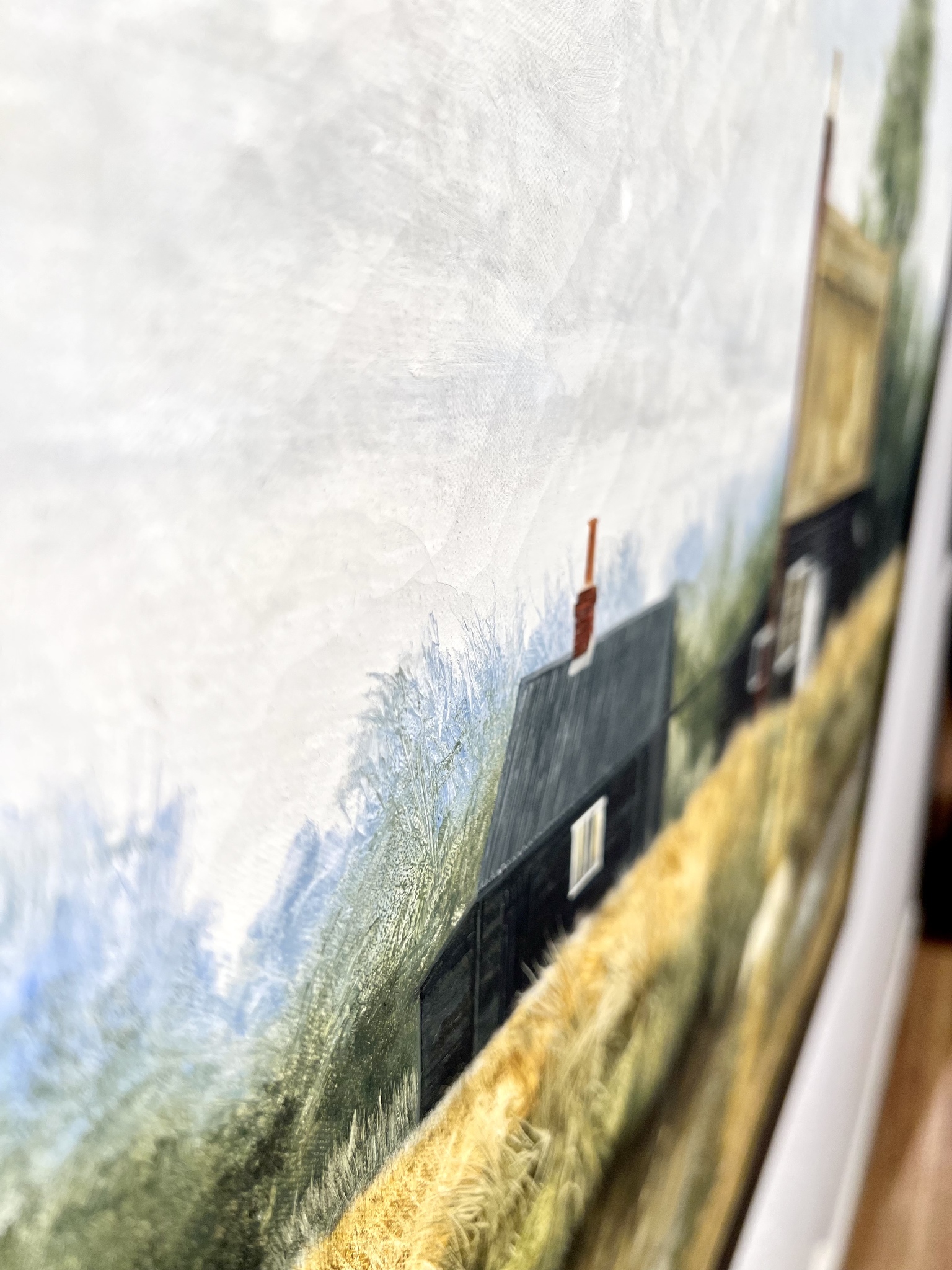 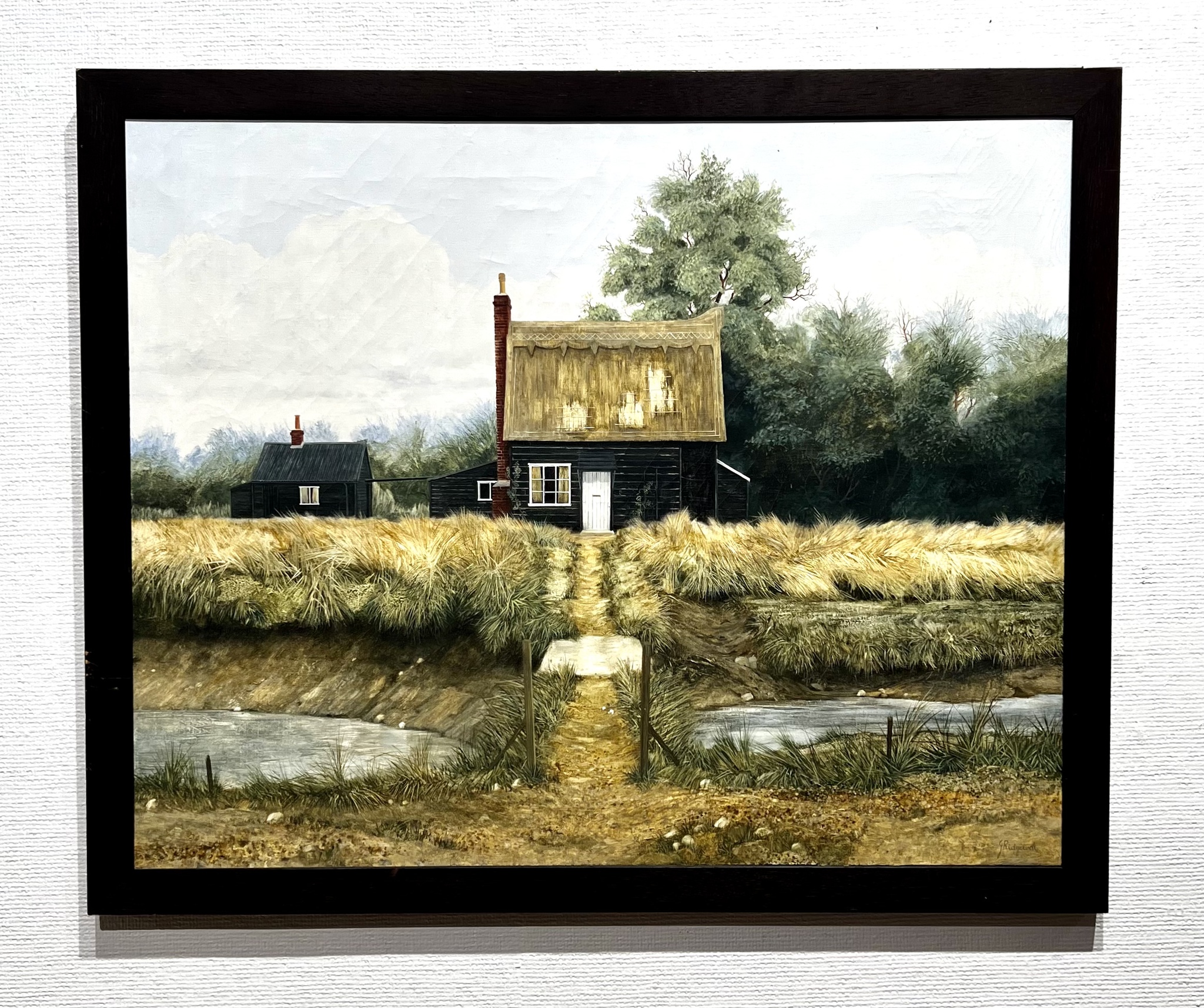 John Ridgewell, was born at Halstead, Essex on 26 December 1937, son of Herbert Charles Ridgewell (30 July 1897-16 February 1972), a boot & shoe retailer, and his wife Mabel née Lee (21 November 1900-27 June 1990), who married at Halstead on 21 December 1925. John was educated at St Andrew's Primary School in Halstead, and at Earls Colne Grammar School and studied at Colchester School of Art 1954-1958 followed by the Royal College of Art 1958-1961, sharing his time there with David Hockney (born 1937) and Ronald Brooks Kitaj (1932-2007). Ridgewell married at Halstead in 1960, Marion Jose Sutton (1935-10 September 2016) and, having graduated from the Royal Academy in 1961, John took a position at Scarborough School of Art, renting a house in Cloughton Newlands before moving to Elm Tree House, Hunmanby, Yorkshire in 1962 where they remained until 1966. In 1966, John decided to concentrate on his own painting and to move to Maltings Barn, Great Waldingfield, Suffolk. After spending some time in Dorset, then at their holiday home in Lastingham, Yorkshire, in 1984 they returned to Suffolk, living at Campion Hill near Wissington, Nayland until 1993 when they moved to Half Moon House in Stoke-by-Nayland. A printmaker and a painter in oil of English landscapes which were meticulously depicted with an occasional unusual feature. His mixed shows included New Art Centre; Piccadilly Gallery and the Royal Academy Summer Exhibition and his solo shows included Austen Hayes Gallery, York from 1963, Grape Lane Gallery, York 1990; Upper Grosvenor Gallery; Fischer Fine Art, London also locally at the Phoenix Gallery, Lavenham, also abroad in Gothenberg, Salzburg, Toronto, Dublin and Luxemburg but he later concentrated on commission work. He lived at 10 Lower Baxter Street, Bury St Edmund's, Suffolk and he died in Bury St Edmund's on 25 September 2004, leaving a widow and a son, James William Ridgewell who were beneficiaries in his will. 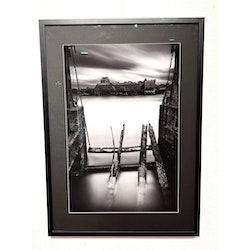 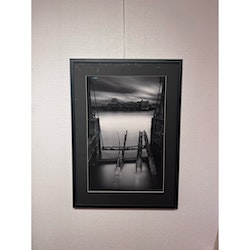 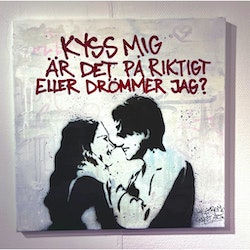 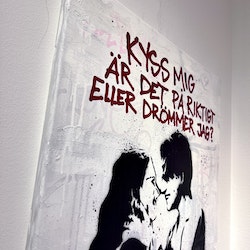 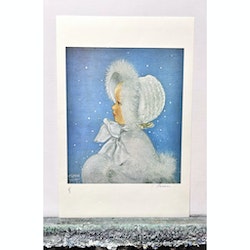 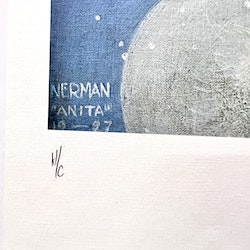 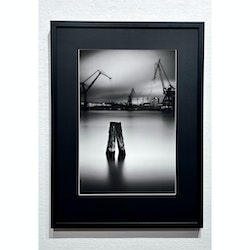 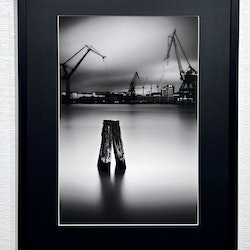 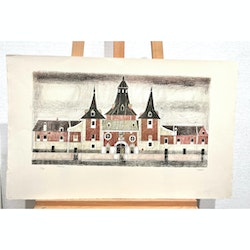 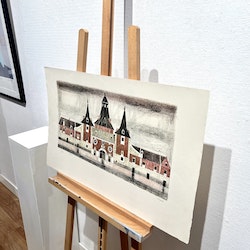